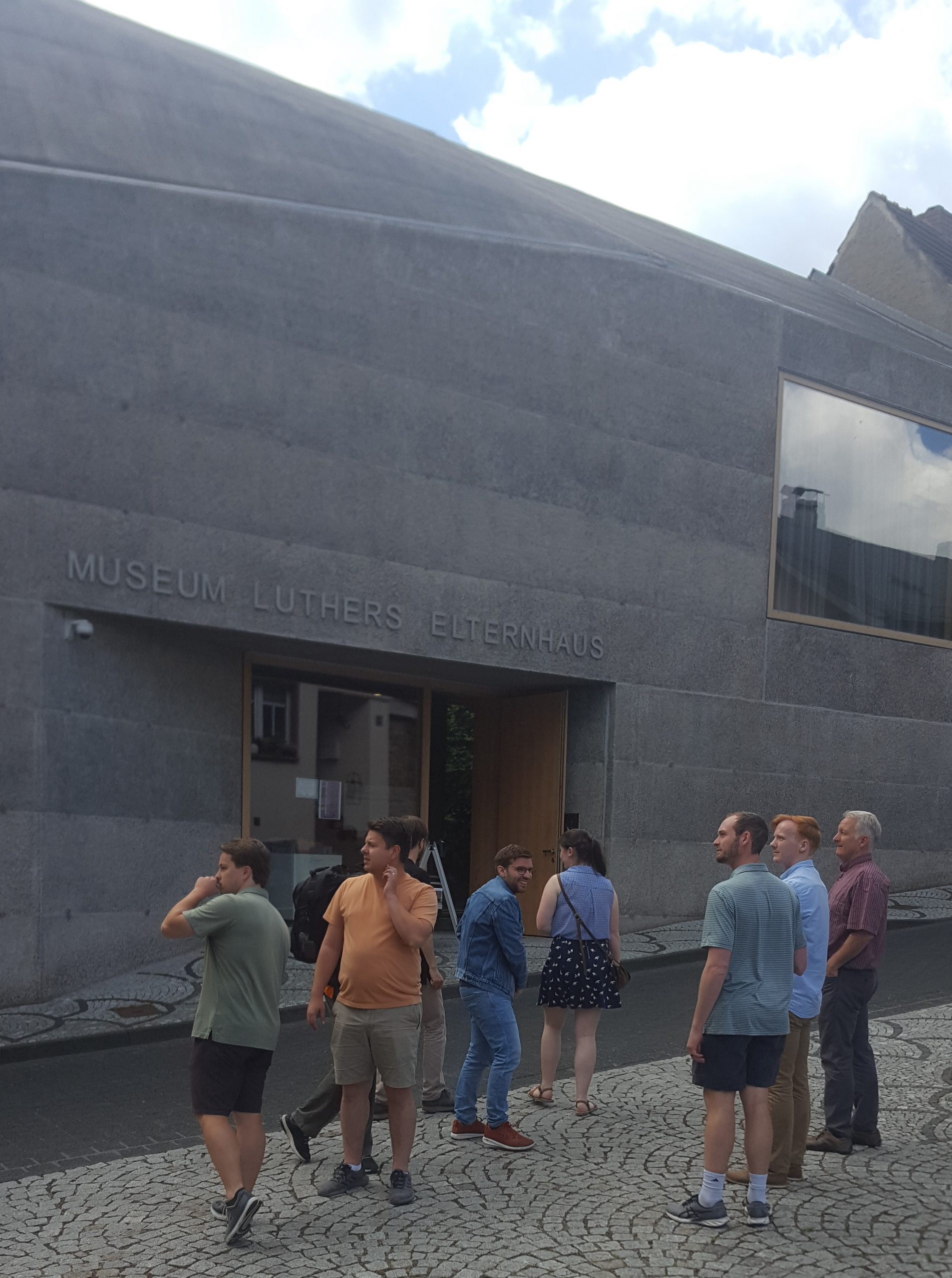 June 10-12: The Fellows of the Wittenberg Summer Course on excursion

Part of the Wittenberg Summer Course 2022 on the German Reformation are two weekend excursions. The first led the Fellows to the places where Martin Luther lived and died.

The starting point on Friday was Eisenach with the Wartburg Castle and the Luther House. Since this year is the centenary of Luther’s translation of the New Testament on the Wartburg the group visited a special exhibition about Reformation and Bible.

Saturday morning was dedicated to Erfurt where Martin Luther studied and lived as a friar. In the afternoon the Fellows went to Bad Frankenhausen where the decisive battle between the Thuringian Peasants and the princes was fought in spring 1525. In 1989 the GDR opened here a memorial site dedicated to the Peasants’ War. Werner Tübke’s monumental painting on the Frankenhausen battle is not a piece of communist propaganda but a remarkable and even fascinating attempt to interpret the Reformation. A short visit to the castle of nearby Allstedt gave the opportunity to read extracts Thomas Müntzer’s famous sermon to the Saxon princes preached right here in 1524. In the evening a walk through the city of Halle led to the castle and collegiate church of Archbishop Albrecht of Mainz and to the ‘Franckesche Stiftungen’, a center of German Pietism.

On Sunday the Student Fellow Rev. John Mark Oduor invited to an Anglican Morning Prayer in St George’s, the church of Luther’s childhood and youth in Mansfeld. The group visited the home of Luther’s parents with its new museum and took a look at the once prospering mining town from the castle of the Mansfeld counts. In the afternoon the excursion ended in Eisleben, where Martin Luther was born and died. Besides the two museums dedicated to his birth and death a visit to church, where he was baptized and where there is now a center for baptism and to the Augustinian Friary at St. Anne’s where in the attic the original cells of Luther’s time as district vicar of the Order can be found.