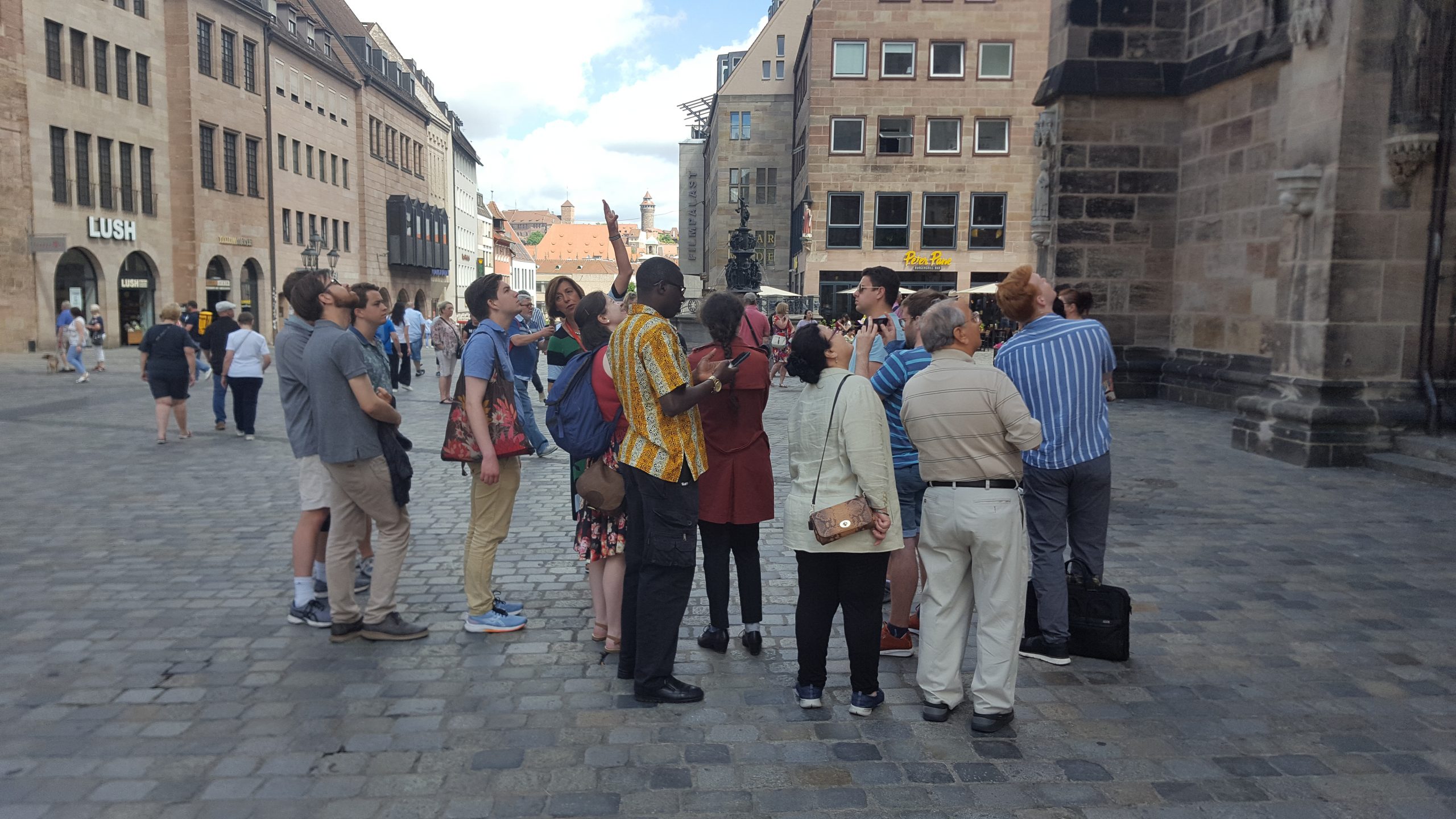 Two and a half weeks after the summer course began, the Fellows of the Wittenberg Summer Course went on a second excursion. This time they traveled south to learn about the urban Reformation. The first stop was the Swabian town of Augsburg, the site of important imperial diets (1518, 1530, 1547/48, 1555) and a center of commerce and culture. Here the history of the Reformation in Augsburg, the competing influences of the Wittenberg and Upper German Reformation, the appearance of Anabaptists and the Catholic renewal were topics.

The next stop was Nuremberg, where a Lutheran Reformation was introduced early. Of particular interest was St Lawrence’s Church, where Andreas Osiander was pastor and where the English reformer Thomas Cranmer became acquainted with the Lutheran faith (and with his future wife Margaret).

On the third day, the itinerary led to the former Saxon city of Coburg with its impressive fortress. The Fellows hiked up the castle hill to learn about the place where Luther stayed in 1530 during the Augsburg Diet and visited the exquisite collection of German art around 1500. 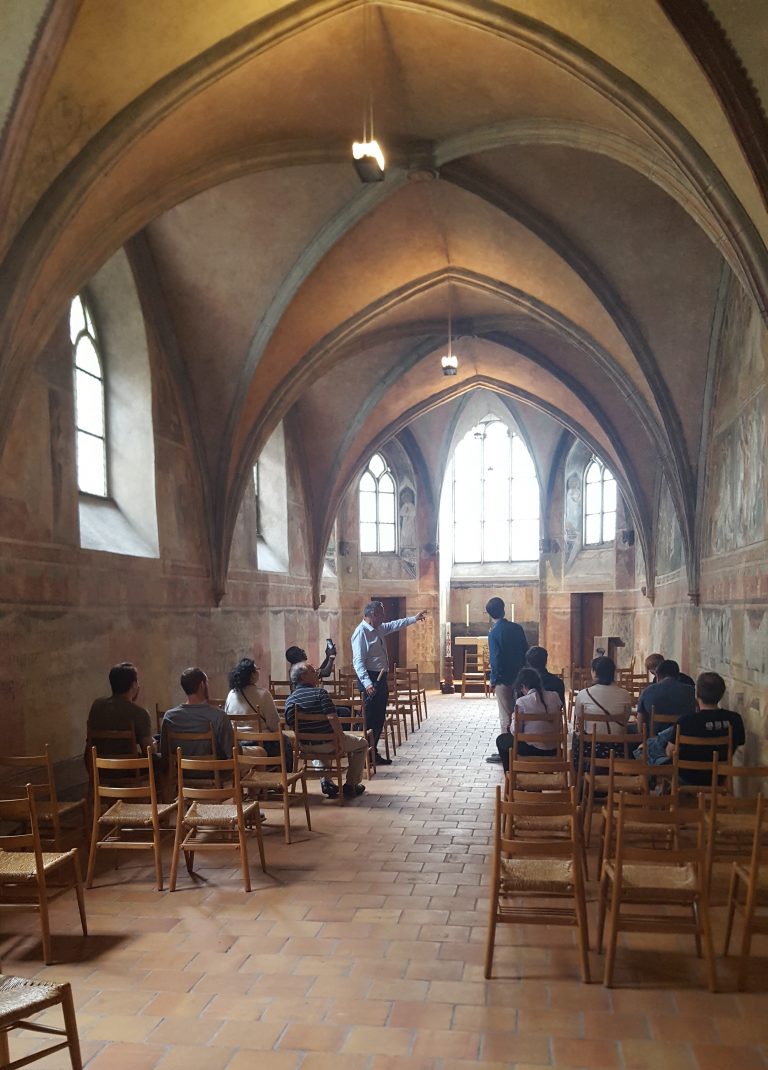 Medieval side chapel in St Anne’s in Augsburg,
one of the first places of evangelical preaching in the city
in the early 1520s